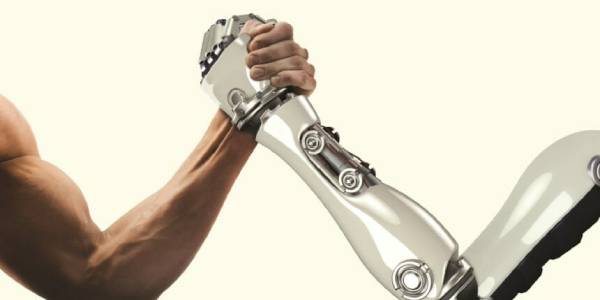 TweetHuman interaction loses out to Facebook everyday. Social media has so readily been grafted into man’s daily practice and with such abundance; there hasn’t been a whole lot of time to decipher how this massive advent is going to affect us. We’ve been dubbed the Age of Information and basically what social media has done is change the whole structure of how we communicate between one another. We’ve developed more than just a new language but rewritten an entire history of how people speak to one another. Social media certainly has its pros and plays a role socially, economically, commercially and politically. However, there is some real cause for concern as not all digital developments in technology are eradicating some of the essentially human traits that made up our nature, moulded our discourse and taught us how to interact.

As Mark Zuckerberg has argued, everything that can be social will be social and this is something that makes me feel a little uneasy when you start looking at how people are behaving in what can be described as a more ‘machine’ like way. The Sharing Storm The Shallows by Nicholas Carr, suggested that use of the internet was altering the way we think to make us less capable of digesting large and complex amounts of information, such as books and magazine articles. With so many social networks flushing us with information all the time, people are leading far more fragmented lives. It’s a noise of incomprehensible shouting online as all this information spews out from different streams. Having the information highway at your fingertips is all very well but what you are contributing isn’t promised it will dissolve and permeate its destination.

All the information gets lost in the sharing storm and loses its value. The whole practice becomes a waste of time and the communication can often be lost. Communicating becomes difficult when it seems like it should be easier. Sharing becomes something you need to plan to ensure that the message is received on the other side. This obstacle in itself leads to even more sharing as you try to get out onto as many social networks as possible to cover all your bases and this is especially so if you are a brand. What Etiquette? People have become worryingly obsessed with social media. iPhones, iPads, Blackberries and Androids dominate more conversations at social gatherings than is acceptable. First of all, it is incredibly bad manners to spend real life social time Tweeting and checking Facebook on your phone the whole time.

It also isolates you and stops you from interacting with people in a way that would naturally have occurred had social media never existed. People no longer make acquaintance with their fellow man because they use any kind of time they have to isolate themselves exclusively to their mobile phone. Clearly it shows people have a lack of self control or that some rules and etiquette standards need to be put into place to guide them away from the terrible habit of preferring social media interaction to real interaction. We’ve allowed ourselves to become less human by limiting so much of our interaction to social media. We by default have become machines ourselves in how we communicate through digital media. Search and share has also changed the way we think. We’ve adapted our brains to the likes of Google and other search engines.

The cognition change means that in the Age Of Information, we are finding it more and more difficult to recall information. Strangely we have become better at knowing where to retrieve that information from. The constant easy access of whatever information we want means our brain merely just has to focus on where to find it when we need it rather than being able to recall the information itself. Distracted and distorted is this fragmented world of social media many have chosen to live in as avatars. A reality that should be realised is that communication although it may be, social media is not reality. Choosing to live outside of the real word and in cyber space is a sad step to take when limiting your life to the power of social media.